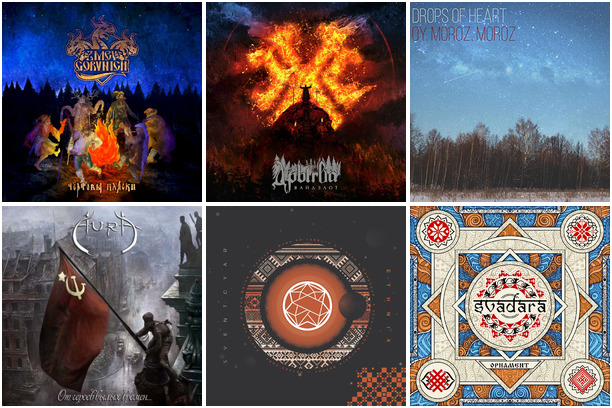 Привет! Episode 89 of The Entropy League takes you on a tour of folk/pagan/death metal bands from Russia and the former Soviet Union!

Drops of Heart does a melodic death metal version of a traditional Russian folk metal song, Oy, Moroz, Moroz. Next up, two “mashup” tracks, starting with Aura from Moscow mixing a Russian military song with Children of Bodom’s “Downfall”!

Свентояр (“Sventoyar” in english) from Ukraine with a track called Goatsbusters (no, not “Ghostbusters”). Wrapping up this episode is another band from Ukraine, SvaDaRa with Сидить заєць на вербі off the album Орнамент (“Ornament” in english).